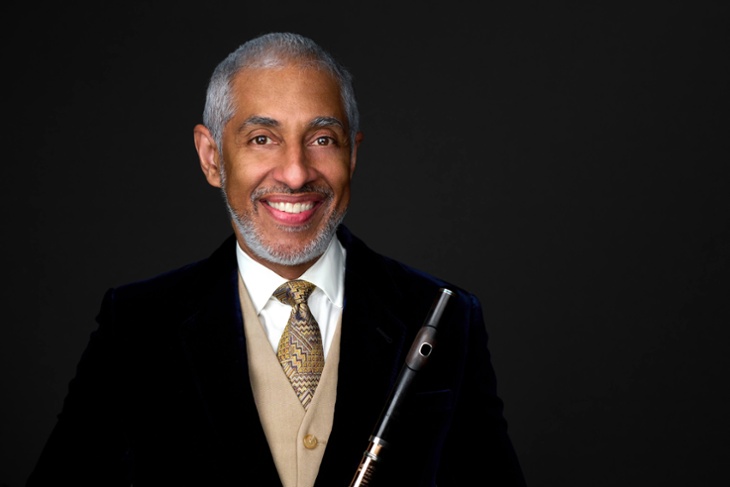 In 1990, one year after signing with Polygram Records, Nestor Torres released his album Morning Ride. It climbed into Billboard’s top ten rankings on the contemporary jazz charts. It seemed like the many years of study (Berklee College of Music, New England Conservatory of Music) and over a decade of performing had set the 34-year-old artist on the cusp of commercial success.

Then tragedy struck. In May 1990, Nestor was in a boating accident in Miami that crushed his upper body (19 fractures in his rib cage and two broken clavicles, among other injuries), damaging his all-important-for-his-musical career lungs, and nearly killing him. A long recovery process followed, in which the Puerto-Rican born artist found strength by practicing Nichiren Buddhism. Dogged in his recovery, he released an album the following year (Dance of the Phoenix) that again climbed the Billboard charts. But then changes at his record label upended everything and his recording deal was canceled.

A stock-taking of his career and his artistic direction followed. He tried out acting and other musical forms. It worked. Over the decade that followed, his popularity grew, he made several new recordings and even garnered a Grammy nomination. By 2001 he was on the crest of a new wave, and was nominated and widely expected to receive his first Latin Grammy (Best Pop Instrumental Album) for This Side of Paradise, released early that year. One review at the time wrote that the album “shows us one more time the great virtuosity and versatility of Nestor Torres, who is capable of transmitting different types of sensations and sentiments through the flute.”

The Latin Grammy ceremony was to take place on September 11, 2001, but of course, it was canceled in the wake of that day’s terrorist attack on the US. Torres won the award but had to wait until October to find out.

It proved a new turning point in his career.

“Something so important to me in a moment became meaningless,” he reflected in a recent interview. “Because my feeling at the time was that if my work as an artist could not contribute to transforming people’s hearts, so that something like that would not happen again, then what was it worth?”

Since then, he has focused on transcending his role as a jazz flautist to that of an agent of change through crossover multimedia productions, compositions, and performances. His compositions Successors, Marta y Maria, and Disarmament Suite are expressions of his multicultural fusion sounds in modern society.

When, in that interview, Torres ruminated on his faith and 2020, he said that, “as challenging and difficult as this pandemic has turned out to be for so many of us, this is an opportunity to transform any situation to value. It’s about making a determination – as long as we never give up, we will never be defeated.”