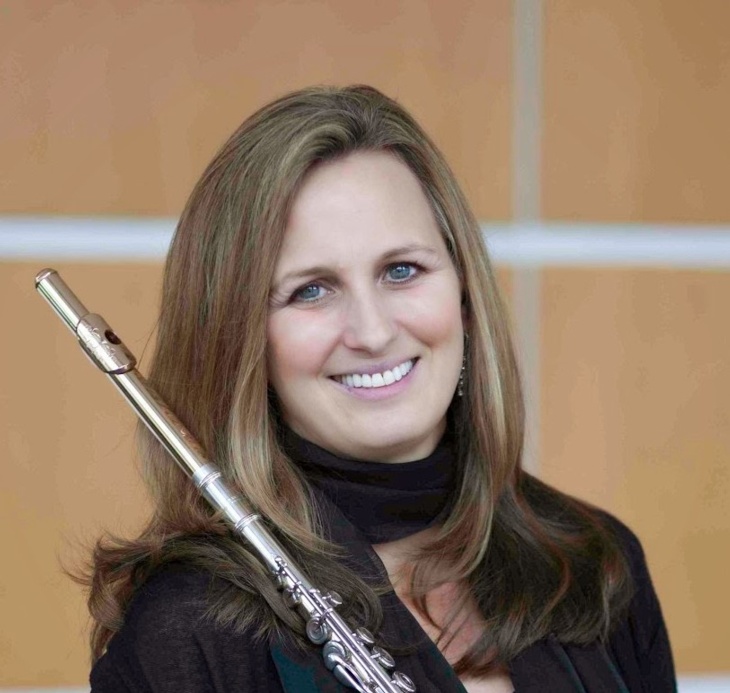 Constantine Kitsopoulos & The Festival All Stars

As former Principal Flute of the Palm Beach Symphony, Fuller appeared as a concerto soloist multiple times during her 23-year tenure. She performed frequently with Ballet Florida, the Concert Association of Florida, and the Florida Philharmonic Orchestra for over 15 years and was a member of the Naples Philharmonic for 10 years. She has also performed with Florida Grand Opera and the Sarasota Orchestra and has appeared with the Munich Symphony, the Moscow Chamber Orchestra, New York City Opera, American Ballet Theatre, and the Royal Ballet on their US tours. As a fellow with the New World Symphony, she was featured as a concerto soloist and toured South America and Europe. In addition, she has been a frequent performer in the pit for Broadway Across America for 30 years, including productions of Phantom of the Opera, Beauty and the Beast, Miss Saigon, Peter Pan, Sunset Boulevard, Ragtime, and many other shows.

Currently Instructor of Flute at Palm Beach Atlantic University, a position she held for six years in the 1990s and returned to in 2015, Fuller was also a member of the Chamber Music faculty at Lynn University Conservatory of Music from 2011-2018. In addition, she has been an Artist-in-Residence for Palm Beach County Public Schools since 2006, serving at Dreyfoos School of the Arts in West Palm Beach, Bak Middle School of the Arts in Palm Beach Gardens, The Conservatory School in North Palm Beach, and Spanish River High School in Boca Raton. She maintains a private teaching studio as well.

Fuller received both her Bachelor and Master of Music degrees in Flute Performance from the Manhattan School of Music, following two years of undergraduate study at the Cleveland Institute of Music and five years at the Eastman School of Music Preparatory Department. She also served as an Associate Instructor of Flute while pursuing a Doctor of Musical Arts degree at Indiana University Jacobs School of Music prior to moving to Miami to join the New World Symphony in 1988. Fuller currently lives in Deerfield Beach.