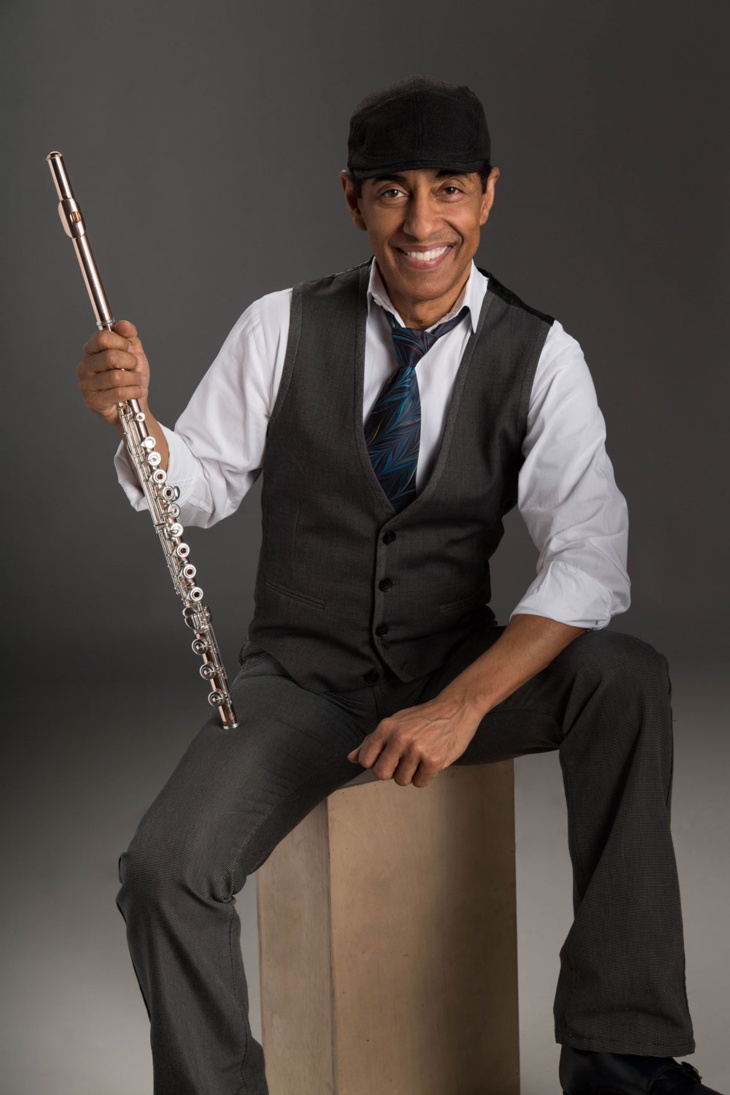 Latin Grammy Award-winning Nestor Torres' rhythmic and mellifluous flute sound is in a class by itself. With fourteen recordings as a soloist, four Latin Grammy nominations, and one Grammy nomination, his collaborations range from Gloria Estefan, Dave Mathews, and Herbie Hancock to the Cleveland and New World Symphony Orchestras.

Born in Mayaguez, Puerto Rico, Nestor Torres moved to New York City, where he pursued classical flute studies at Mannes School of Music, Jazz at Berklee College of Music, and classical and jazz at New England Conservatory of Music in Boston.

His CD This Side Of Paradise won the Latin Grammy award in the Pop instrumental category, scheduled to be presented on September 11, 2001. This great achievement - and its timing - proved to be a major turning point for Torres.

Since then, he has focused on transcending his role as a Jazz Flautist to that of an agent of change through crossover multimedia productions, compositions, and performances. His compositions Successors, Marta y Maria, and Disarmament Suite are expressions of Torres' multicultural fusion sounds in today’s society. His music has always been a crossover fusion of Latin, Classical, Jazz, and Pop sounds, rich and engaging, complex and exuberant, profound yet accessible.

In addition to his achievements in the studio and on the stage, Torres is also the recipient of many awards, including two honorary doctorate degrees from Barry University and Carlos Albizu University, for his commitment to youth, education, and cultural exchanges.