A Voice of Experience 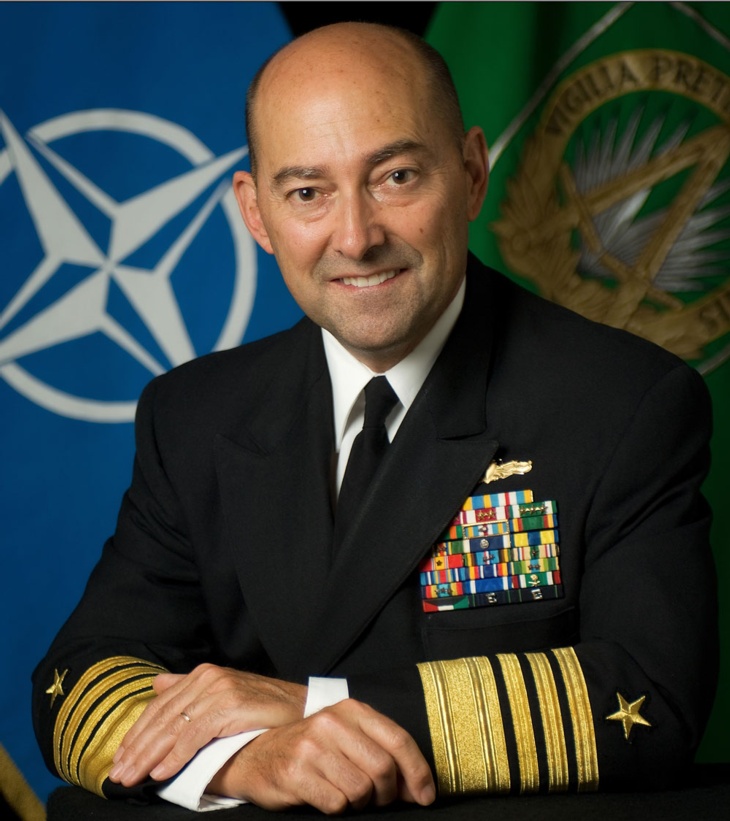 U.S. Navy Commodore Sarah Hunt is on the bridge of her flagship, the guided-missile destroyer USS John Paul Jones, conducting a routine freedom of navigation patrol in the South China Sea when her ship detects an unflagged trawler in clear distress, smoke billowing from its bridge.

The same day, U.S. Marine aviator Major Chris “Wedge” Mitchell is flying an F35E Lightning over the Strait of Hormuz, testing a new stealth technology as he flirts with Iranian airspace.

By the end of the day, Wedge will be an Iranian prisoner, and Hunt’s destroyer will lie at the bottom of the sea, sunk by the Chinese Navy.

Iran and China have clearly coordinated their moves, which involve the use of powerful new forms of cyber weaponry that render U.S. ships and planes defenseless. In a single day, America’s faith in its military’s strategic pre-eminence is in tatters. A new, terrifying era is at hand. 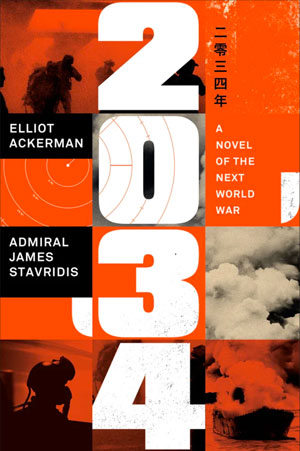 This is the opening premise of Admiral James Stavridis’ and Elliot Ackerman’s new novel, 2034: A Novel of the Next World War. And the fact that Stavridis spent 30 years in the US Navy, including heading up US Southern Command, followed by five years as Supreme Allied Commander of NATO, means that this is no off-the-wall doomsday scenario, but a work of fiction that happens to grapple with some timely, realistic geopolitical issues.

Stavridis clearly feels our nation needs to give higher attention to cyber warfare, and not doing so will imperil our nation. In a recent Bloomberg editorial he called the recent SolarWinds cyberattack (presumed to be by Russian hackers), which breached over 18,000 companies, “a carpet bombing… [And] what happened next was more pernicious: A series of precision-guided strikes directed at top cybersecurity firms such as FireEye, and at key nodes throughout the US infrastructure. This included financial institutions, utilities, defense companies and government entities including the Departments of Homeland Security, State and Commerce.”

He then put this in the context of overall US security concerns:

“The Biden administration faces plenty of pressing international security issues: returning to the Iran nuclear deal (or not); restarting negotiations with North Korea; developing a coherent strategy to deal with China; creating a stronger partnership with India; recovering a smooth relationship with the European Union, among many others. But the challenge that concerns me the most is the cybersecurity vulnerabilities of critical infrastructure and democratic institutions from external state and nongovernmental actors.”

To that end, he argues that “the administration should also create a full-fledged Cyber Force… we are overdue for an elite, independent branch of the armed forces in which all the personnel wake up every morning thinking about defending the nation in cyberspace.”

Stavridis will talk on geopolitics at the Festival Boca Authors & Ideas event on Monday, March 8, at 7:00 pm. Reserve your seats here.