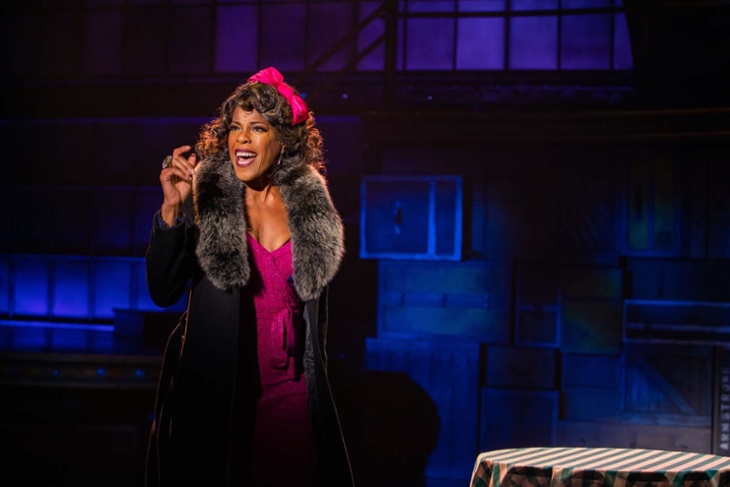 Nicole Henry, as Alpha Smith in 2021's A Wonderful World.

“Anything you want in life is within reach. You just have to do it… once, twice, or over and over again until you reach your goals.”

“I never really was inspired to become a singer, ” she recently told an interviewer. “I didn’t have that as a dream as a child per se… it truly just happened. I thought I’d go into acting, perhaps. But I loved singing because I could sing – and I did it whenever I was invited to do so, or when opportunities arose. I just didn’t know how you ‘became a singer’ if that makes any sense. But after having my first proper 4-song performance singing house music at the age of 23, I was bitten and I never looked back.”

Yet it should not be surprising perhaps. Growing up in a musical family (and a basketball one – her dad, Al Henry, played for the Philadelphia 76ers), Henry has always been active in the arts, singing in church, playing the cello, studying ballet.

As to jazz, she had never heard it live until 2001. Had she not heard it then , she said, “I don't know when I ever would have fallen in love with the genre.”

Yet she did, and it ever shaped her career.

In 2004, she released her debut CD, The Nearness of You, on Banister Records, which earned her the "Best New Jazz Artist" award from HMV Japan.

The following year, her album Teach Me Tonight reached #1 in Japan and was named HMV Japan's Best Vocal Jazz Album of 2005.

Then in 2019 came her critically acclaimed stage performance in “The Bodyguard,” followed in 2021 by her co-starring role in the world premiere of the new musical, “A Wonderful World,” about the life of Louis Armstrong.

A longtime resident of South Florida (“here is nothing like sunshine in your life and having the ocean so near!” she said), a lover of public gardens, Henry has been an avid supporter of the arts in the state, supporting community nonprofits such as Miami Children’s Initiative, YoungArts and Miami Music Project. She has even been recognized by the City of Miami Beach and Miami-Dade County with proclamations of “Nicole Henry Days” in 2011, 2016 and 2017. And she served two terms on the Board of Governors of the Florida Chapter of the Recording Academy (GRAMMYs).

“One of the things that I have tried to live by is those four agreements,” Henry said, “which is: don't assume, don't take anything personally, be impeccable with your word, and always do your best.”

Nicole Henry will be performing at Festival Boca on Friday, March 10, at 7:30 pm.