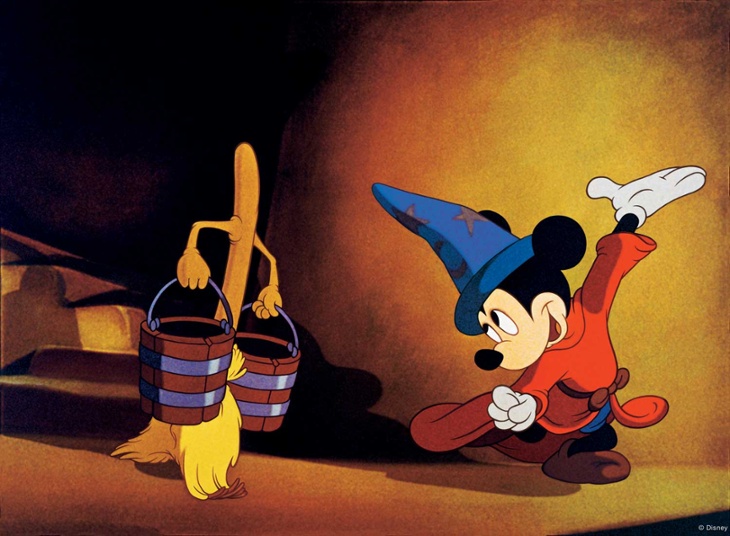 It was 1936 and the popularity of his film company’s star and mascot, Mickey Mouse, was on the wane. Only eight years old at the time, Mickey was beginning to be eclipsed by the new kid on the block, the ever-feisty Donald Duck.

After experimenting successfully with some musically focused animated shorts starring Mickey (most notably, “The Band Concert” (1935), Mickey's official first color film, in which he conducts the William Tell Overture, and the band is swept up by a tornado), Disney decided to feature Mickey in a deluxe cartoon based on a popular symphonic piece by Paul Dukas, inspired by a 1797 Goethe poem, The Sorcerer’s Apprentice. 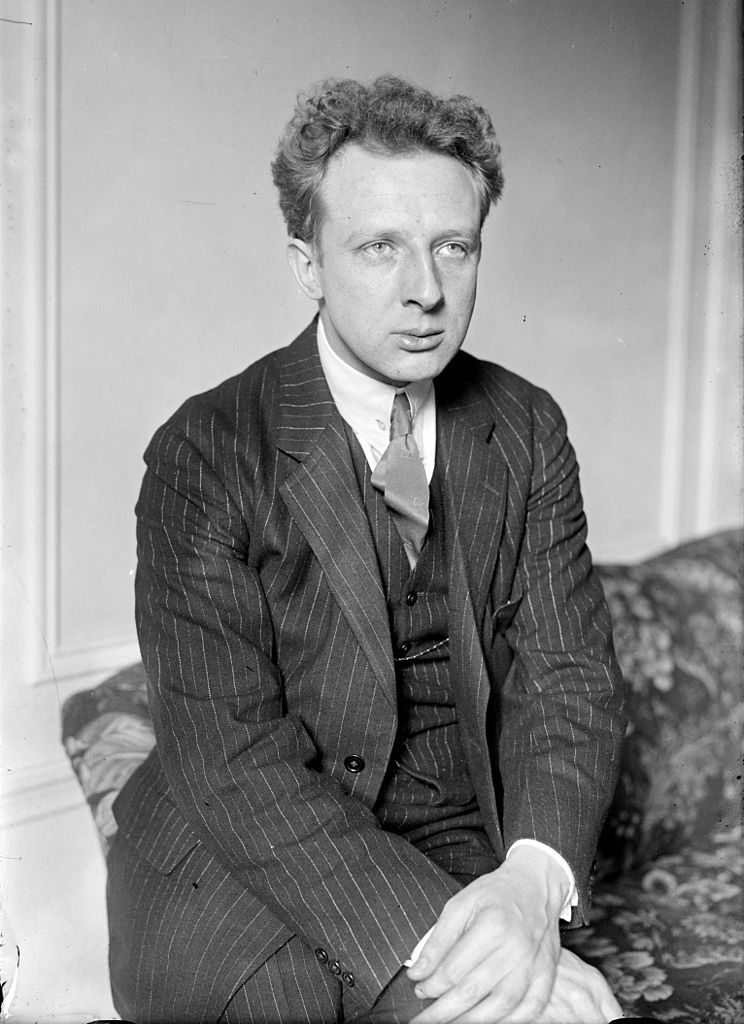 Famed conductor Leopold Stokowski (right) was recruited to conduct and shape the music, and the recording took place in January 1938.

Soon, however, production costs of The Sorcerer’s Apprentice began to skyrocket. Despite his brother Roy’s financial concerns about the project, Walt decided to double and triple down on the project, expanding it into a feature film, and using it to push the boundaries of sound recording, animation, and film.

It would become Disney’s third animated feature film, and development continued over the next two years. In the end, Fantasia contained eight animated segments set to pieces of classical music conducted by Stokowski, seven of which are performed by the Philadelphia Orchestra. Noted music critic and composer Deems Taylor acts as the film's Master of Ceremonies, introducing each segment in live action.

Disney originally wanted the film to be shown on a wide screen with surround sound (“Fantasound”), to create a completely immersive experience for viewers. But budgetary constraints limited technical innovations to the audio sphere; yet those innovations were considerable. The orchestra was recorded to eight different channels so as, Disney said, to "create the illusion that the actual symphony orchestra is playing in the theater…. Music emerging from one speaker behind the screen sounds thin, tinkly and strainy. We wanted to reproduce such beautiful masterpieces... so that audiences would feel as though they were standing at the podium with Stokowski."

Almost a fifth of the film's budget was spent on its recording techniques. 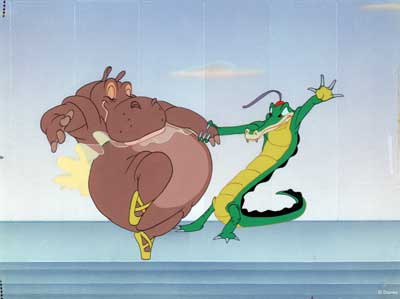 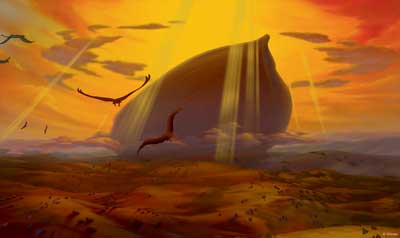 Fantasia was first released as a theatrical roadshow held in 13 cities across the U.S. between 1940 and 1941; it premiered at the Broadway Theatre in New York City on November 13, 1940. But, due to the high costs of setting up the surround sound technology in each venue, the project lost money hand over fist. Indeed, Fantasia did not make Disney a profit until 1969, three years after Disney died.

The film appeared in several versions and releases over the years, and for its 50th-anniversary reissue, Fantasia underwent a two-year restoration process based on the original negatives. Each of the film’s 535,680 frames was restored by hand, with an untouched print from 1951 used for guidance on the correct colors and tone.