Secrets from Behind the Curtain: Episode 2 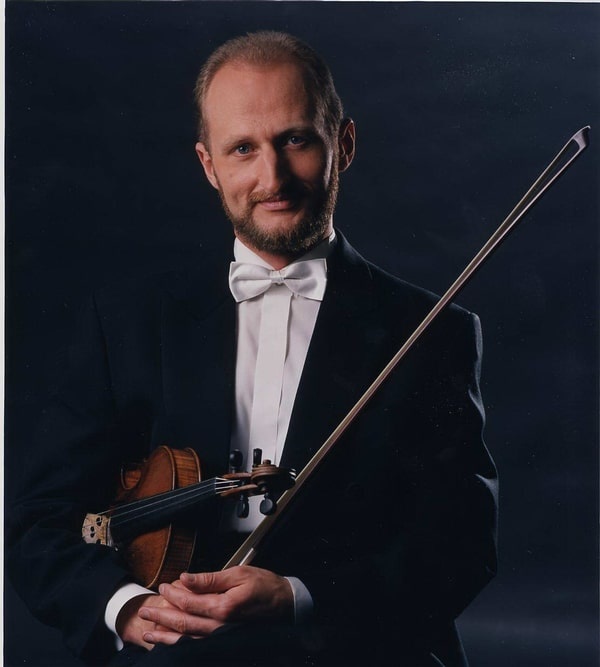 We are backstage about an hour before a performance of the mighty Russian National Orchestra, nonchalantly munching away on pizza (Or was it tacos? I don’t remember. Maybe fried chicken. “Healthy Crew Food” in any case.) when one of the musicians runs up to me and announces in a panic that there is something terribly wrong with the concertmaster. I rush to his dressing room.

Sure enough, Alexei Bruni, the eminent First Violinist of the Russian National Orchestra, is bent over on a chair, clutching his jaw with both hands. “He has a terrible toothache,” says the other musician. Bruni is in such agony that he can barely look up at me.

What is to be Done? as Lenin would say. The concert is about to start, and Bruni has big solos to play. Too late to find a replacement, and certainly no time to get a dentist appointment. Plus it is Sunday. Of course.

Then I remember: there is always an ambulance parked right outside Mizner Park during concerts, in case of an emergency. This is clearly an emergency, but can these guys help with a toothache? Don’t they specialize in heart attacks, gunshot wounds, and car accidents?

A few minutes later I return with a paramedic in tow. It was a sight I will never forget: on one side, a tall, thin, distinguished Russian gentleman wearing a white bowtie and tails, with his Stradivarius nearby, and on the other, a ruddy, burly EMS guy with a bright lime-green reflective vest and carrying a whole panoply of noisy and shiny appendages. His radio is constantly squawking away.

He shines what looks like a marine searchlight into the Russian’s mouth. Then, with his face just a few inches away from Bruni’s, he literally shouts, very deliberately: “TAKE FOUR ADVIL”. (Why is it that when people speak to a foreigner, the always speak REALLY LOUDLY, as if it would help them understand English? Never mind that Bruni can recite long passages of Shakespeare in the original language, and is a published poet.)

Four Advil??! Aren’t you supposed to take one, or two at most??! Except on the advice of a doctor. This guy is definitely NOT a doctor.

Too late, Bruni has already downed the four Advil. I am fully expecting him to keel over and die on the spot from an overdose. But no, soon he says he is feeling better, much better in fact, and right on cue he is standing on stage, tuning the orchestra. Concert is a huge success. Another crisis averted.

Postscript: we did bring Bruni to a proper Boca dentist the next day.