The Eroica Trio is a Force of Nature 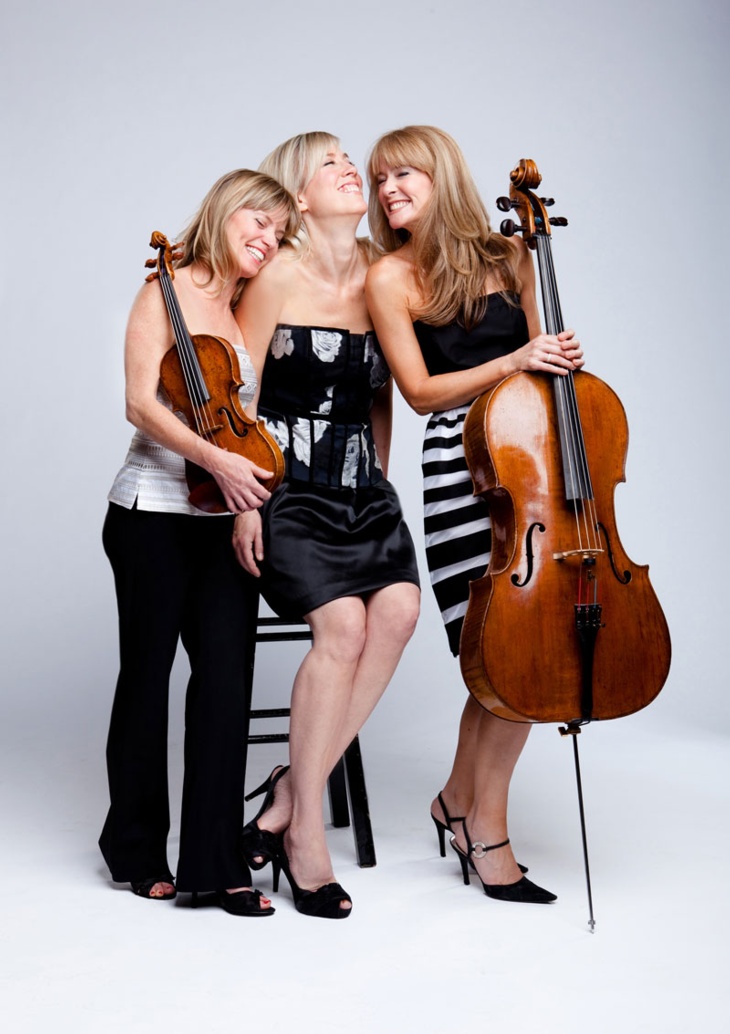 Ok, first, they were brought together by Serendipity and then their lives kept intersecting like Relentless Vines of Fate.

So Erika joined Sara at her family’s music camp in the Berkshire Mountains, where Erika studied piano with Sara's grandmother, Isabelle Sant’Ambrogio, a renowned pianist and pedagogue.

A few years later, Sara attended the renowned music camp, Meadowmount. There she met, played and became fast friends with violinist Sara Parkins. After playing together that summer, Sara Cello was invited to finish High School at The Curtis Institute of Music in Philadelphia. Sara Violin, meanwhile, was accepted to attend Juilliard Pre-College, where she met and started playing with Erika.

Later, Sara Violin decided to join Sara Cello at Curtis, where they renewed their personal and musical friendship. After a year as roommates and musical collaborators, Sara Cello was invited to attend Juilliard, where she resumed playing with Erika.

A few years later, Sara Violin and Erika reunited at the Tanglewood Music Festival and then, that same year, the Eroica Trio was formed at the Juilliard School.

Clearly, this Trio was meant to be...

How about a bit of social proof? 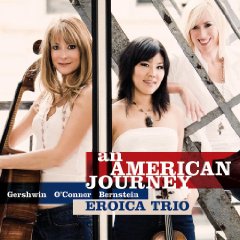 The Eroica Trio is not only the most sought after trio in the world. They have also appeared on numerous television programs, including ABC's The View, CNN's Showbiz Today, CBS and ABC News, the CBS Morning Show and Saturday Morning, A&E's Breakfast with the Arts, The Isaac Mizrahi Show, Pure Oxygen, Bloomberg TV and Fox's The Crier Report.

And of course they have released over a dozen highly-acclaimed recordings.

Eroica!, a special documentary about the Trio and its commissioning of a new triple concerto by Kevin Kaska, premiered on the PBS series Independent Lens and has had multiple airings worldwide.

The group has been featured in such magazines as Elle, Glamour, Vanity Fair, Detour, Marie Claire, Gotham, Entrée, Bon Appétit, Time Out New York, Gramophone, Piano, Vivace, Auditorium, and Chamber Music. In addition, the ladies have graced the covers of magazines as diverse as Fanfare, Cigar, Strings, Tall, and Strad.

Grand Marnier® created a new cocktail dubbed "The Eroica" which was unveiled for the release of their "Pasión" recording. Chateau Sainte Michelle, a vineyard in Seattle, also named a wine – one of its Gold Medal winning Reislings in honor of the Trio.

Let's Cut to the Chase

So now that we have accepted that The Eroica Trio is a Force of Nature, the real question is why would you not rush out to get tickets to their Beethoven Birthday Bash at Festival Boca 2020? The Eroica Trio performs the Beethoven Triple Concerto more frequently (and better) than any other trio in the world. And they will be performing it for us on February 29 (yes, on Leap Day), enrapturing us with their flawless technical virtuosity, irresistible enthusiasm and sensual elegance.

Sara, Sara, and Erika are known to electrify the concert stage with their passionate performances. The New York Times wrote, “There is an edge of the seat intensity to every note they produce."

So, which seat will you be in?